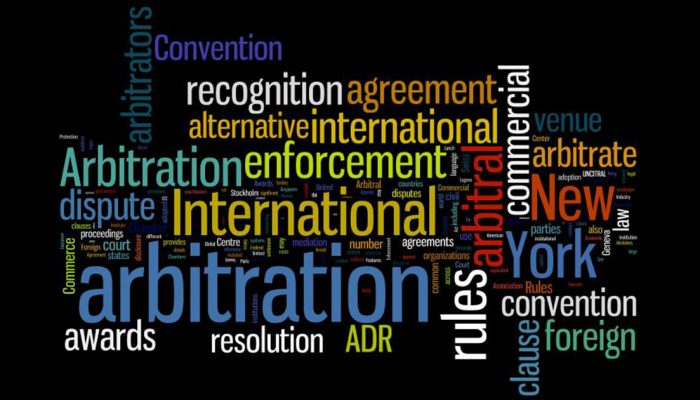 Commercial Arbitration is a procedure by which a dispute or controversy between two or more parties is known and submitted to the decision of a body constituted outside the ordinary courts.

Arbitration, as an alternative to dispute resolution, “constitutes a real alternative to prevent and adequately, quickly and definitively solve conflicts that arise in national and international trade transactions,” indicates Law 479-08 on commercial arbitration.

It has been evolving for more than two decades, and currently has a highly qualified professional staff, an extensive database of renowned referees and an excellent reputation for its impartiality.

However, arbitration has been the subject of criticism and questioning from various sectors, which in some cases allege that it is a way of “privatizing” justice, which is not appropriate in a democratic society.

This criticism ignores the fact that accepting an arbitration clause is a decision of both parties when they subscribe a contract; arbitration is not imposed in cases where the parties do not agree at the time of signing the contract or when the claim arises from an extra-contractual event.

In the same way, others criticize the alleged fact that arbitrators may favor one party over the other. However, this criticism does not seem to make logical sense, since the center itself would be harming itself by creating that perception because its position in the market could be affected.

The criticism that arbitration procedures are “secret” and do not have the endorsement of justice is not correct either, since arbitration awards can be appealed by the courts in certain cases, precisely to ensure that there is adequate supervision of the arbitration system.

The president of the Supreme Court of Justice, in his speech commemorating the Judicial Power Day, acknowledged that the courts of justice are congested.

Commercial arbitration is a way of decongesting them and offering the parties a more expeditious way to resolve their differences. It is an essential tool for businesses that require efficient and effective solutions and must be used to the maximum for these purposes.

Arbitration presents not only the facilities of the commercial procedure taken to the extreme (simplification of forms, reduction of deadlines, economy in expenses, etc.), but also, in the eyes of those involved, the advantage of going before a specially qualified person from the technical point of view and perfectly knowledgeable of the uses of a certain profession; In short, arbitration is considered as a justice that, because it is considered private, is much more discreet, and more convenient in the sense that an arbitrator chosen by mutual agreement between the parties, can avoid the deterioration and maintenance of the relations between the parties in dispute.

Thus, and mainly in the most important commercial contracts, and more frequently in those of an international nature, a clause is generally stipulated in which it is stated that the differences that may arise from the execution or interpretation of the same will be submitted to arbitration. Hence, this jurisdiction has been made up of specialized professionals both nationally and internationally. In this last aspect, this avoids conflicts of laws and jurisdictions.

In the following article, we will talk about the arbitration convention, the commitment, the conditions of validity, the effects and rules that govern it.