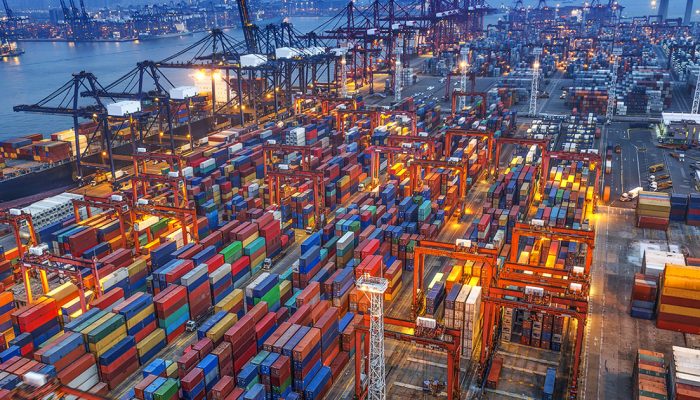 The Dominican Republic imports and exports products to and from around the world. Fifty-eight percent of Dominican exports are to its principal trading partner, the United States. As of August 2014, the next largest trading partners were Haiti (14 percent of exports), the European Union (seven percent), and China (seven percent). As for imports, the United States leads with 39 percent, followed by the European Union with 10 percent, China with 10 percent, and Venezuela with six percent.

The most dynamic sectors of international trade for the Dominican Republic are manufacturing, fuels and mining, and agriculture.

In 2000, the country adopted the single Spanish version of the Harmonized Commodity Description and Coding System, which is used internationally. This led to a simplification of the process of calculating and collecting tariffs. Customs taxes are calculated and paid in Dominican pesos, with most being ad valorem taxes. The value of products is determined according to the Agreement Establishing the World Trade Organization on Customs Valuation. Although the Directorate General of Customs (“DGA”) admits certain minimum values for most products where there is disagreement about valuation, the import process has been simplified by eliminating the consular invoice and allowing the electronic transmission of most documents. The official exchange rate in effect at the time of the payment is used for conversion of the value of the goods into Dominican pesos. In addition to tariffs, which have followed a downward trend since 1996, an importer must pay the value-added tax that corresponds to the product, called in the Dominican Republic the Tax on the Transfer of Industrialized Goods and Services (“ITBIS”), as well as the Selective Consumption Tax (“ISC”) for certain goods, mainly alcohol and tobacco.

The Dominican Republic exports a wide range of finished and semi-finished goods. The export process was substantially simplified in 2007 with the implementation of a Single Customs Declaration. The incorporation of the CEI-RD as the single source for obtaining technical or sanitary permits also has expedited the process. No export permits are necessary except for certain products including certain woods, tortoise shells, mining, and pharmaceuticals.

A large portion of exports occur within the framework of free zones, including electronics, jewelry, and medicines. Traditional exports include sugar, coffee, cocoa, and tobacco. Free zones receive export incentives, although elimination of those incentives is contemplated in 2015. In recent years, with the installation of large-scale projects of gold and ferronickel mining, the country has increased its minerals exports, making it the second most important export product after manufacturing.